Leopard Shark, Zebra Shark, or Both?

Written by scubateks on 21st April 2020. Posted in Animals, Education

This is a prime example of how ‘common names’ for animals are not always universal. Marine Biologists use two-part scientific names (often in Latin or Greek) for identifying ocean animals, which provides an important level of specificity when referring to a particular species. Hopefully this article can clear things up for all the leopard shark and zebra shark lovers around the globe! 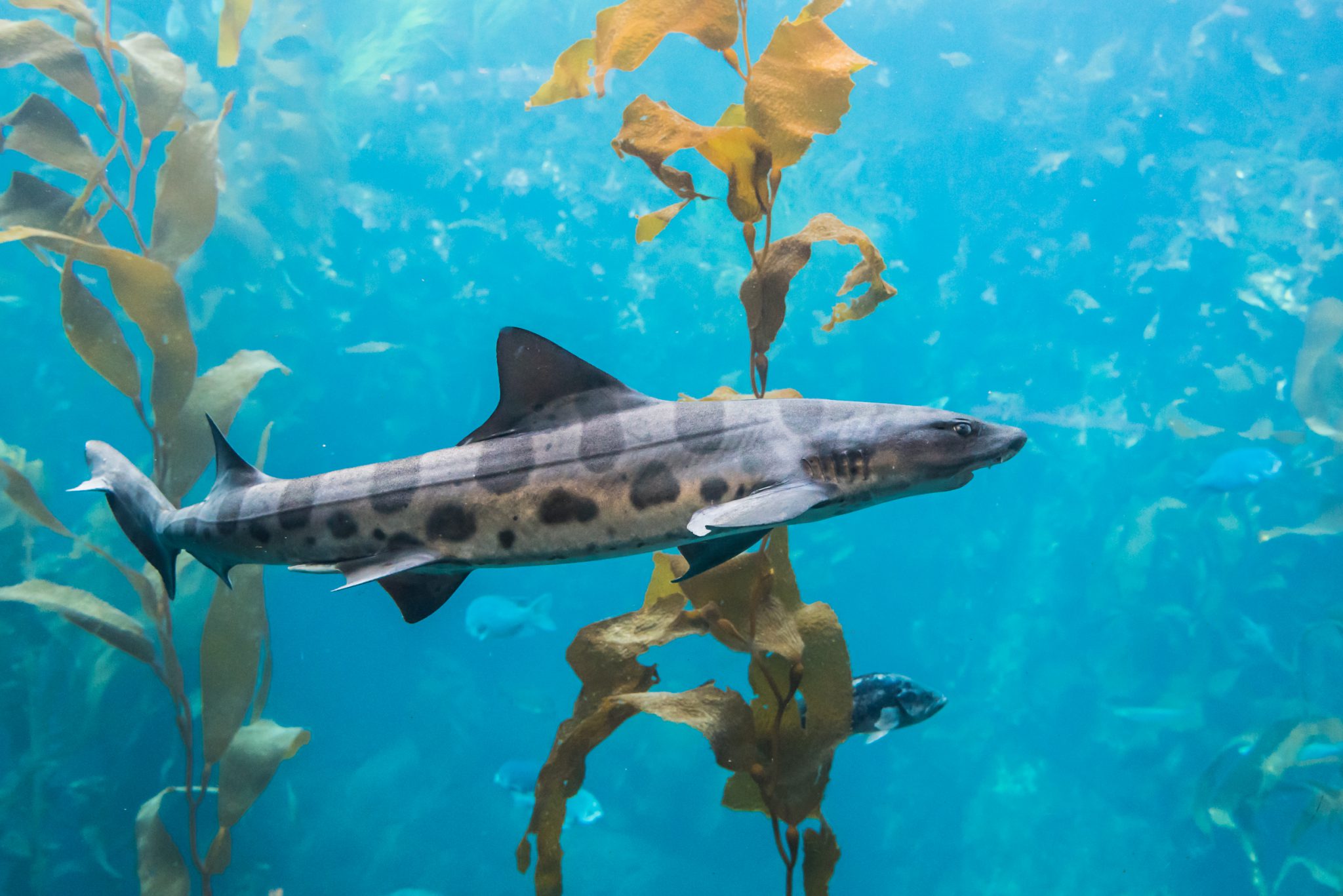 Triakis semifasciata is a species of houndshark found along the Pacific coast of North America, from Oregon to the Gulf of California in Mexico. Their slender bodies are marked by a unique pattern of black saddle-like markings and large spots. Adults typically reach an average length of about 5 feet (1.5 meters). As nocturnal bottom-feeders, they are usually seen resting on the sea floor or calmly cruising over sand flats and rocky kelp forest reefs during the day. They feed on a variety of invertebrates, including crabs, small fish, and squid. During the summer and fall, large aggregations of this shark species are common in near-shore waters, sometimes just beyond the surf zone.

With a slow growth rate and relatively low reproduction rate, Triakis semifasciata are potentially vulnerable to overfishing, however they are currently listed as ‘Least Concern’ by the IUCN (International Union for Conservation of Nature) due to protections put in place in California and Oregon in recent years. 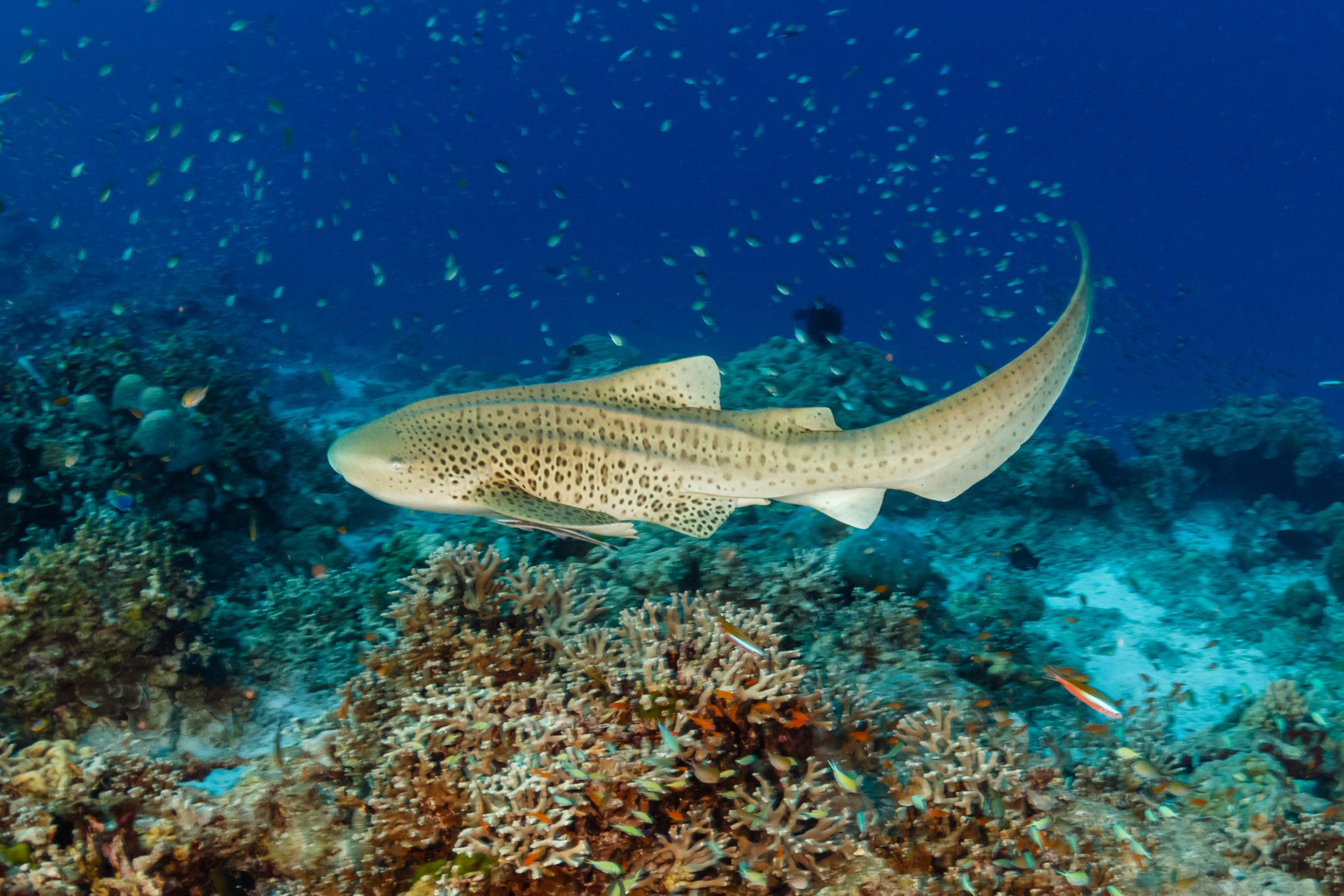 Stegostoma fasciatum is a species of carpet shark found throughout the tropical Indo-Pacific, from South Africa to the Red Sea, to India and Southeast Asia, to Taiwan and Japan, to New Caledonia and Tonga, and even northern Australia. They are covered in small dark spots, have distinctive ridges running down their bodies, and a tail fin nearly half their total length. Adults typically reach an average length of about 8 feet (2.4 meters). As nocturnal bottom-feeders, they are usually seen resting on the sea floor or calmly cruising over sand flats and tropical coral reefs during the day. They feed on a variety of invertebrates, including crabs, small fish, and shrimp. During the summer, large aggregations of this shark species are seen in shallow waters throughout it’s range.

Due to their shallow habitat and relatively low reproductive rate, Stegostoma fasciatum are highly susceptible to population depletion from overfishing. Throughout the tropical Indo-Pacific, these sharks are targeted by commercial fisheries for their meat, oil, and fins. Also caught as bycatch from trawl fisheries, they are considered ‘Endangered’ by the IUCN.

On the left: Stegostoma fasciatum. On the right: Triakis semifasciata. Both are leopard shark, both are zebra shark – depending on who you ask. One thing is for sure – both are awesome species of shark that deserve respect and protection.

Let us know which common name you use for which species of shark in the comments!